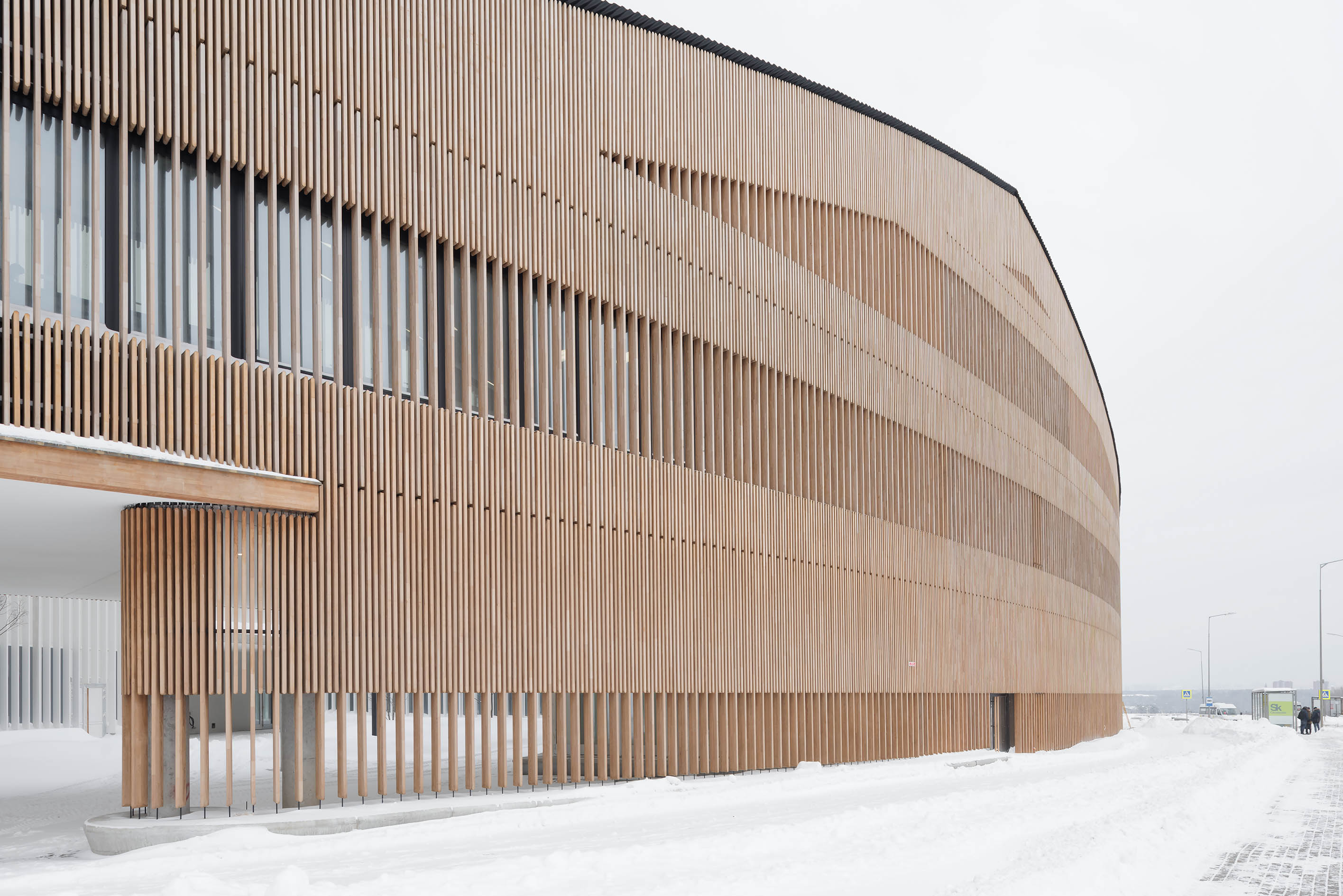 Herzog & de Meuron  invited us to participate in the initial phase of the Skoltech  Institute project, located within the Skolkovo district in the Moscow area. Built from scratch, the goal of this new neighbourhood is to become a world reference for the new, 21st century technologies.

Herzog & de Meuron designed the conceptual master plan for District 3 and placed the University at the centre. Completed by three circular shapes – the already built east ring, the agora and the west ring – the new Skoltech University is intended to be a nucleus, a distinctive core of the district and the cornerstone of Skolkovo. 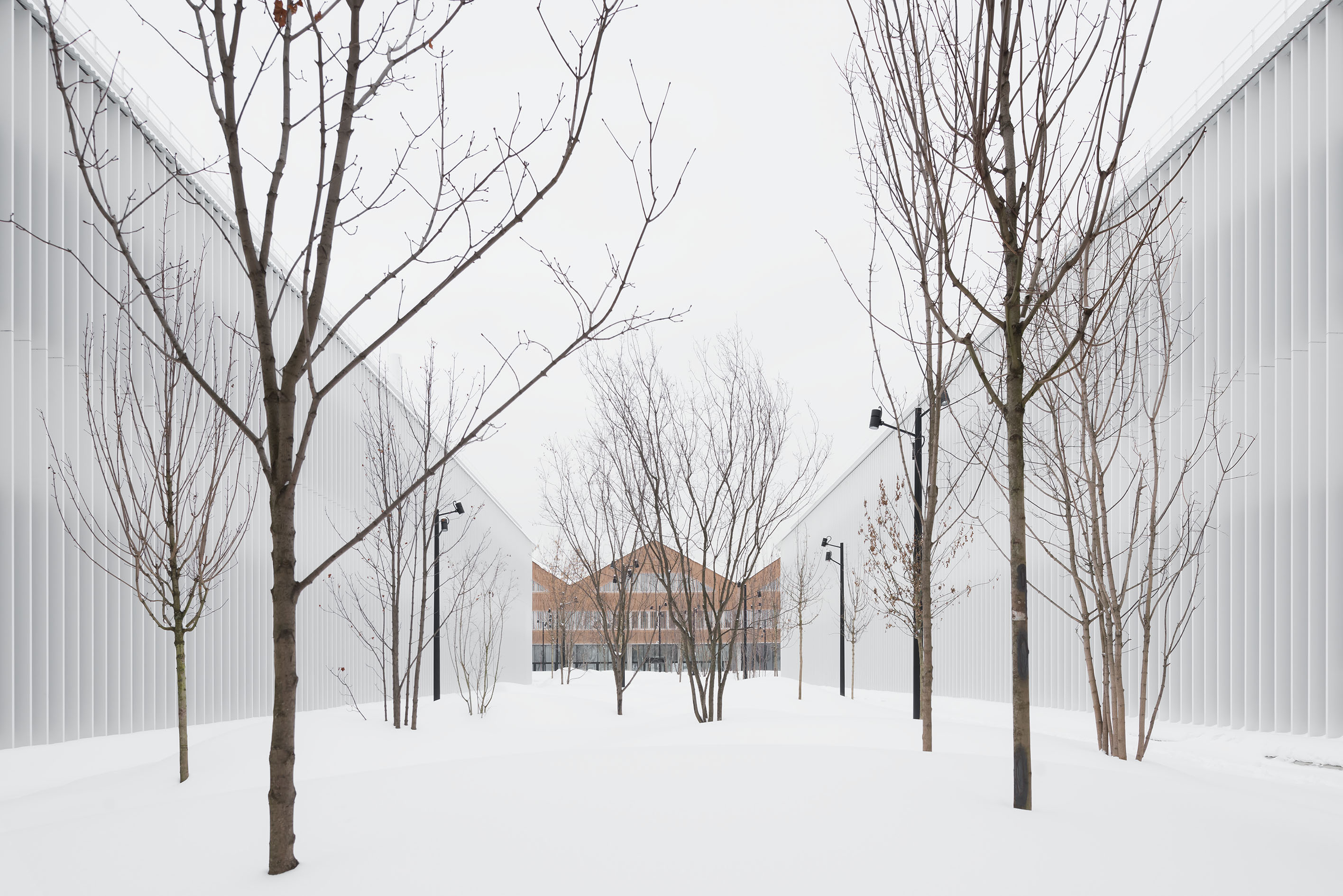 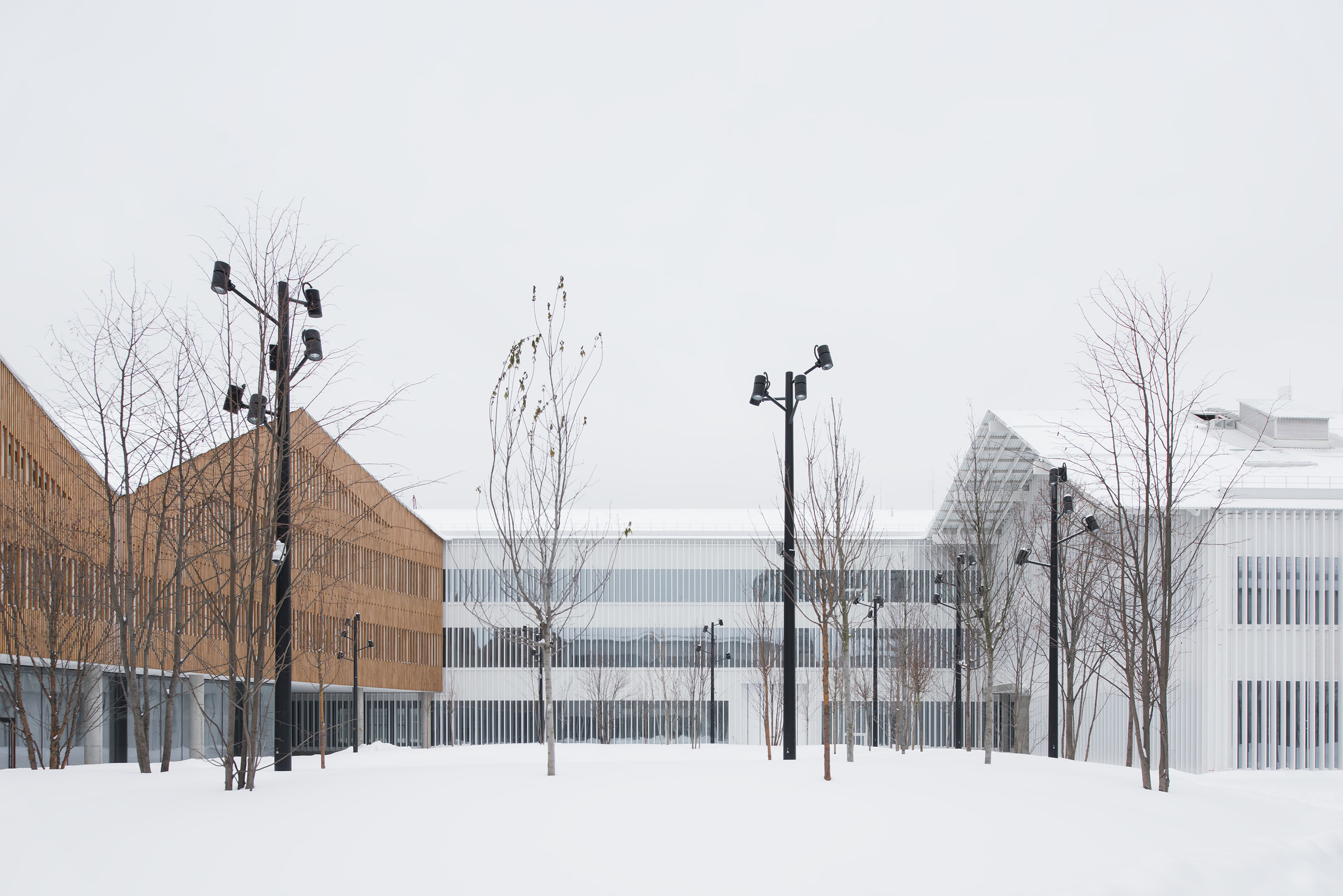 To get an idea of the dimensions, this colossal building – only one of the three main blocks (it is the complex on the right) – has a diameter of 280 metres and a surface area of 134,000 square metres.

More than 1,200 signage points have been identified.

Basic usability design and “look and feel” of the interactive signage

The role of  Petit Comitè

Petit Comitè takes care of the original design of the signage. By stages: 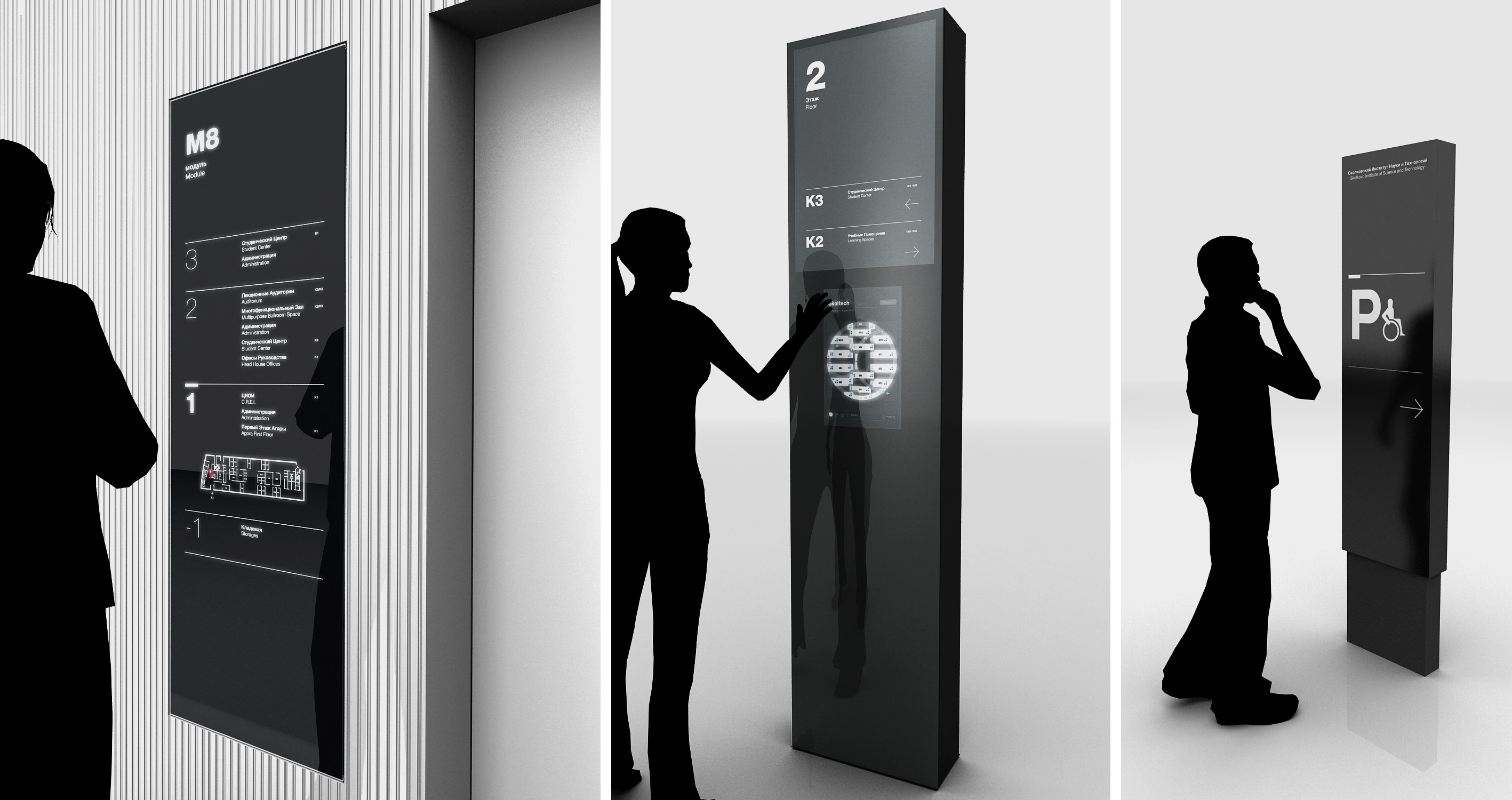 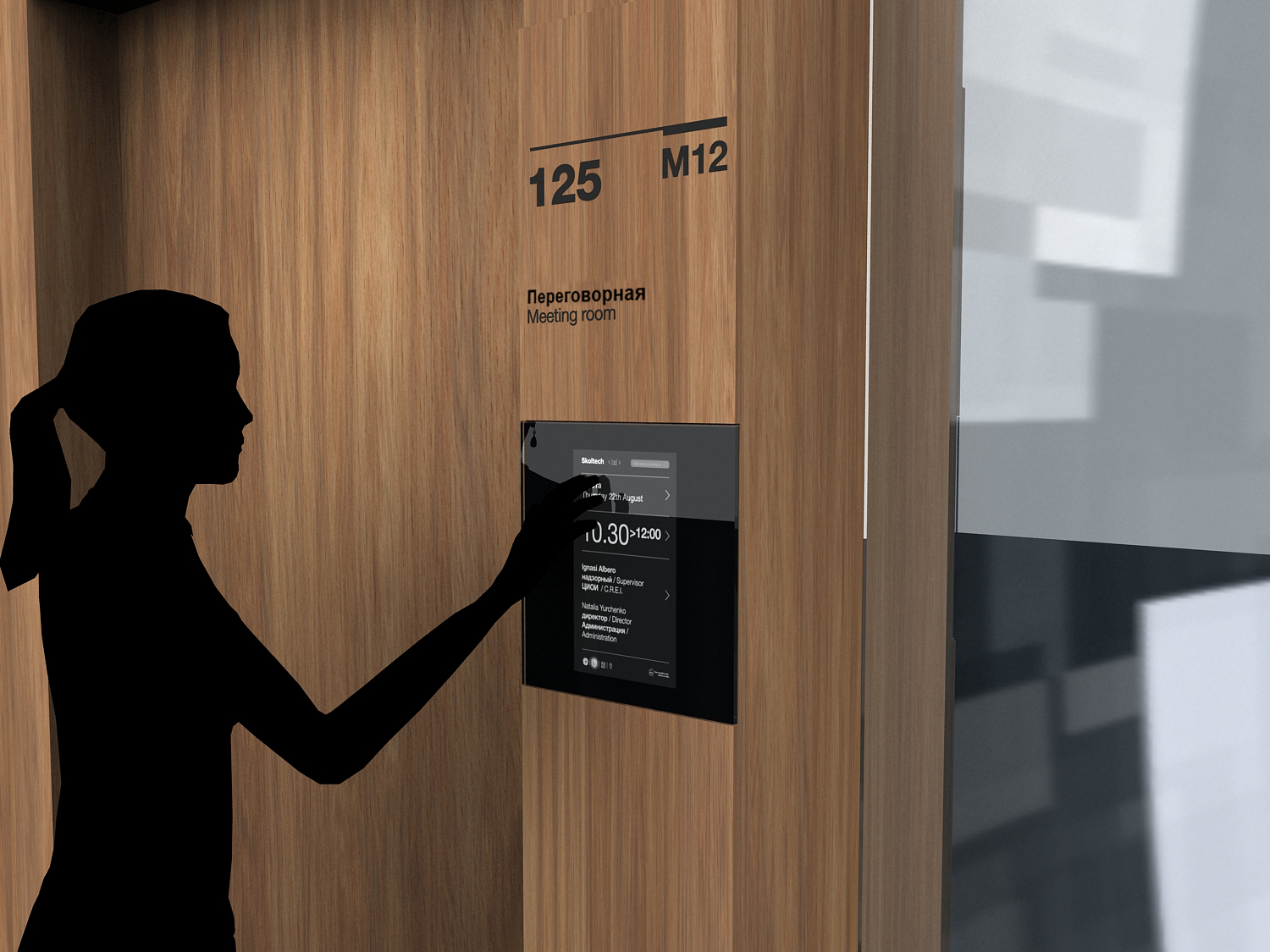 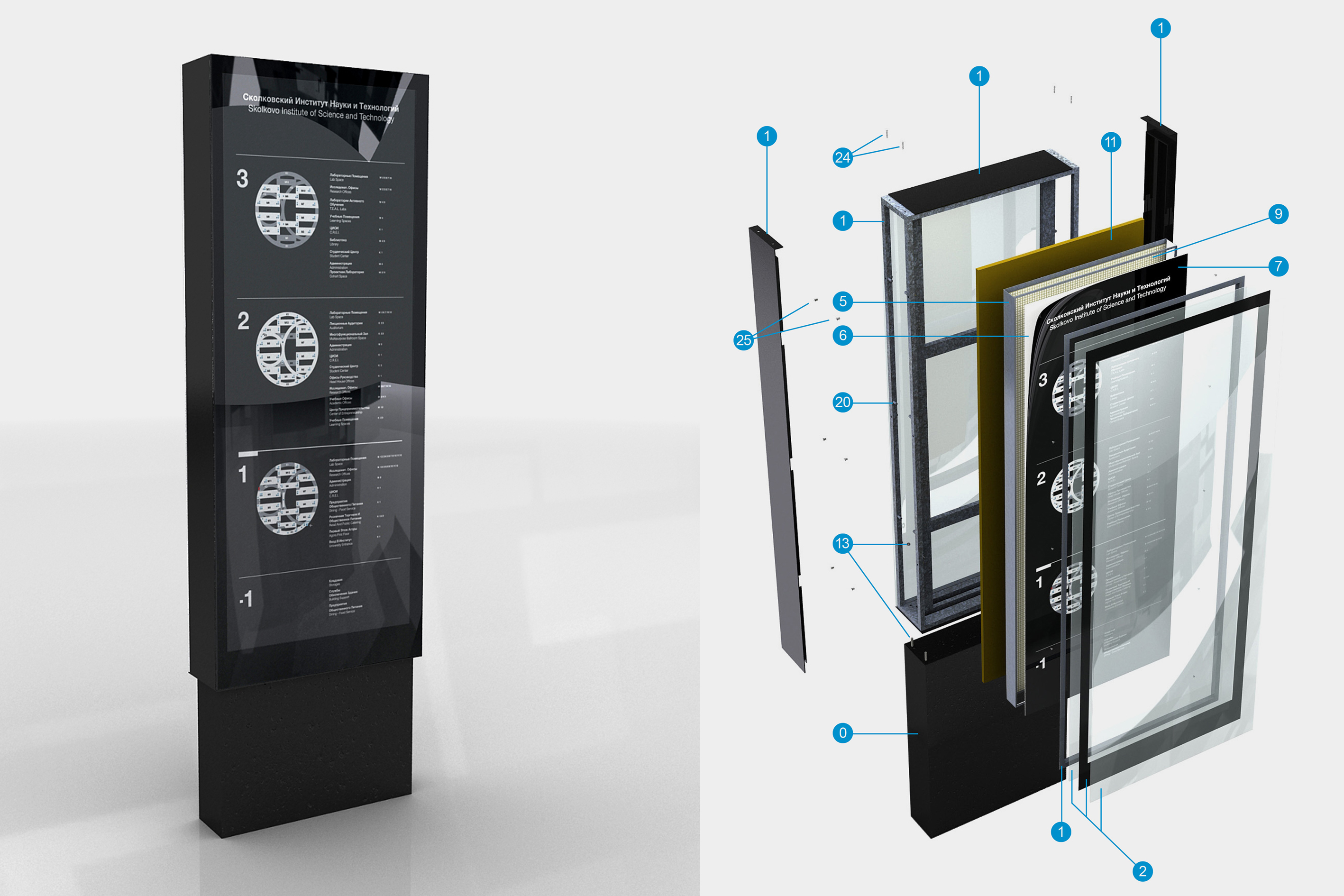 Icons made with metal on striated walls 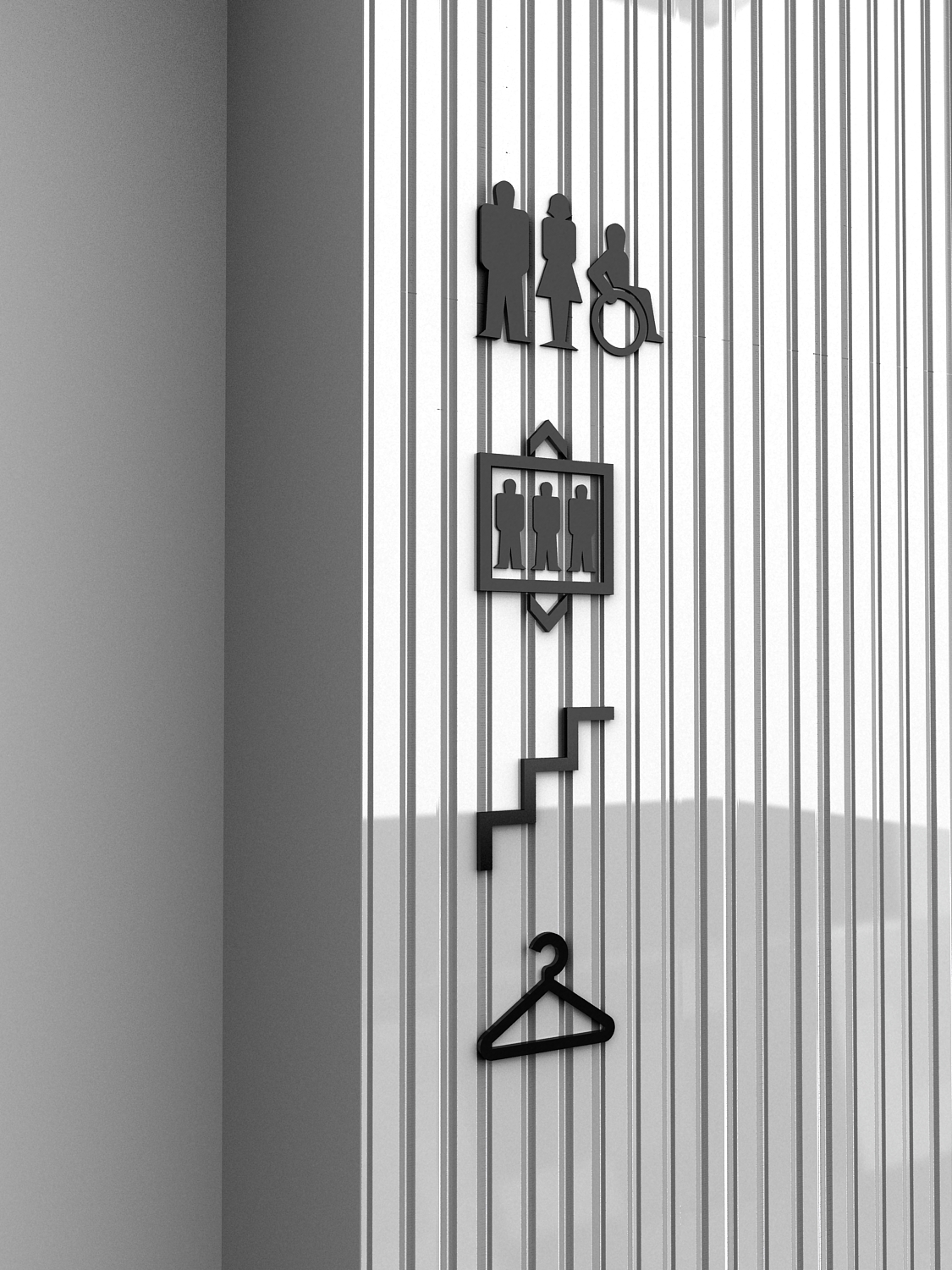 Locations of all signage points, segmented by typologies. Below: example and detail of 2nd floor. 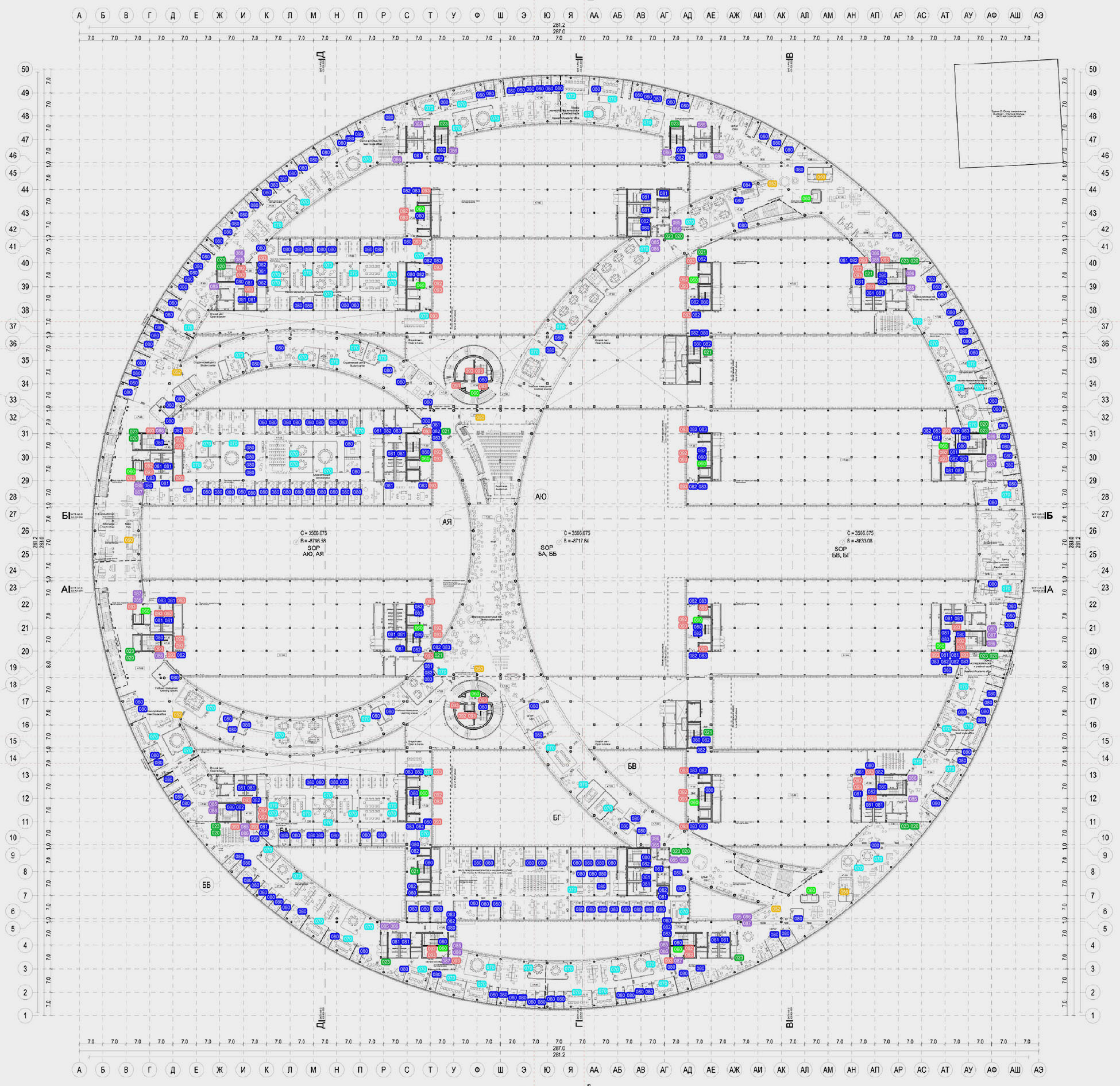 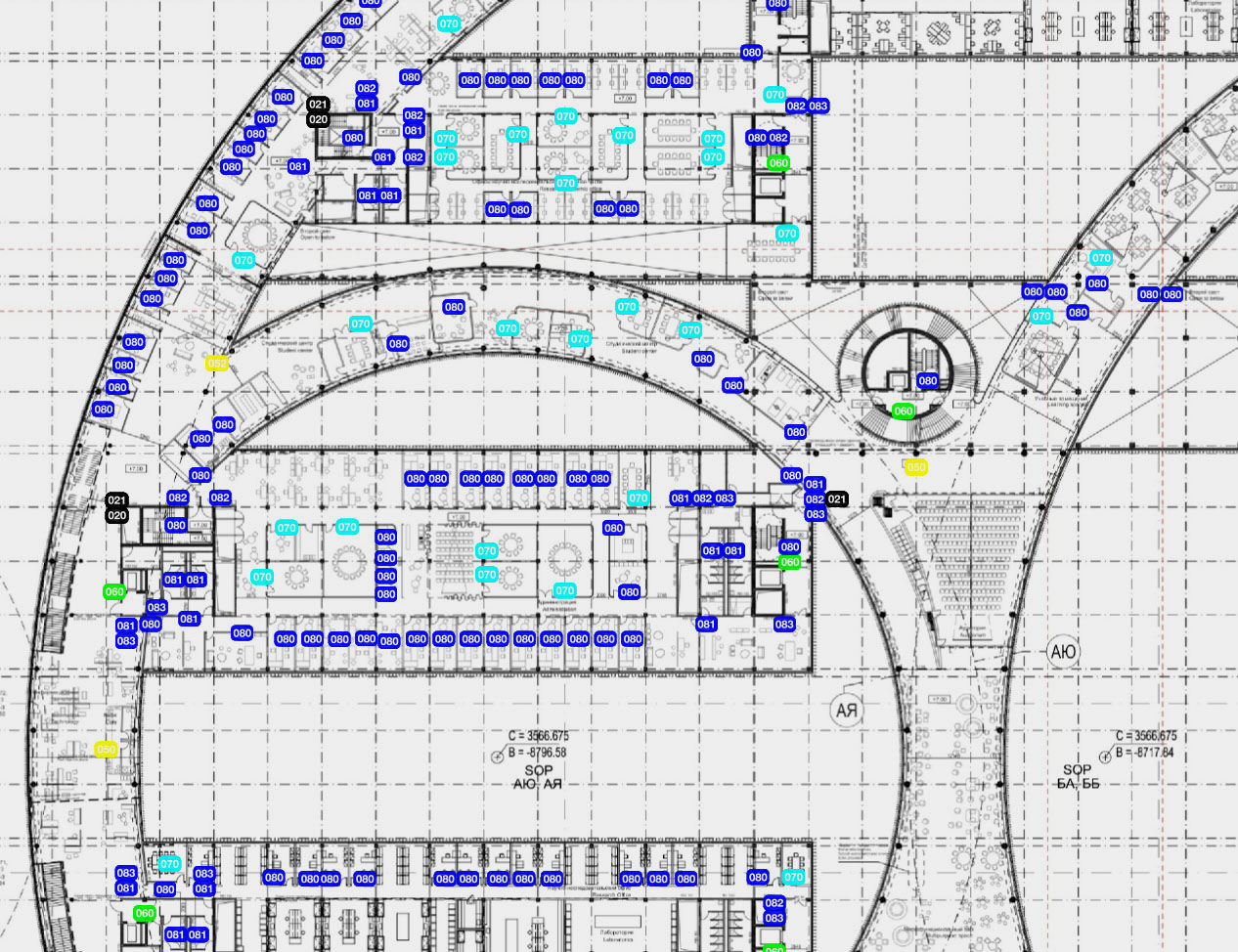 Below: images from the report 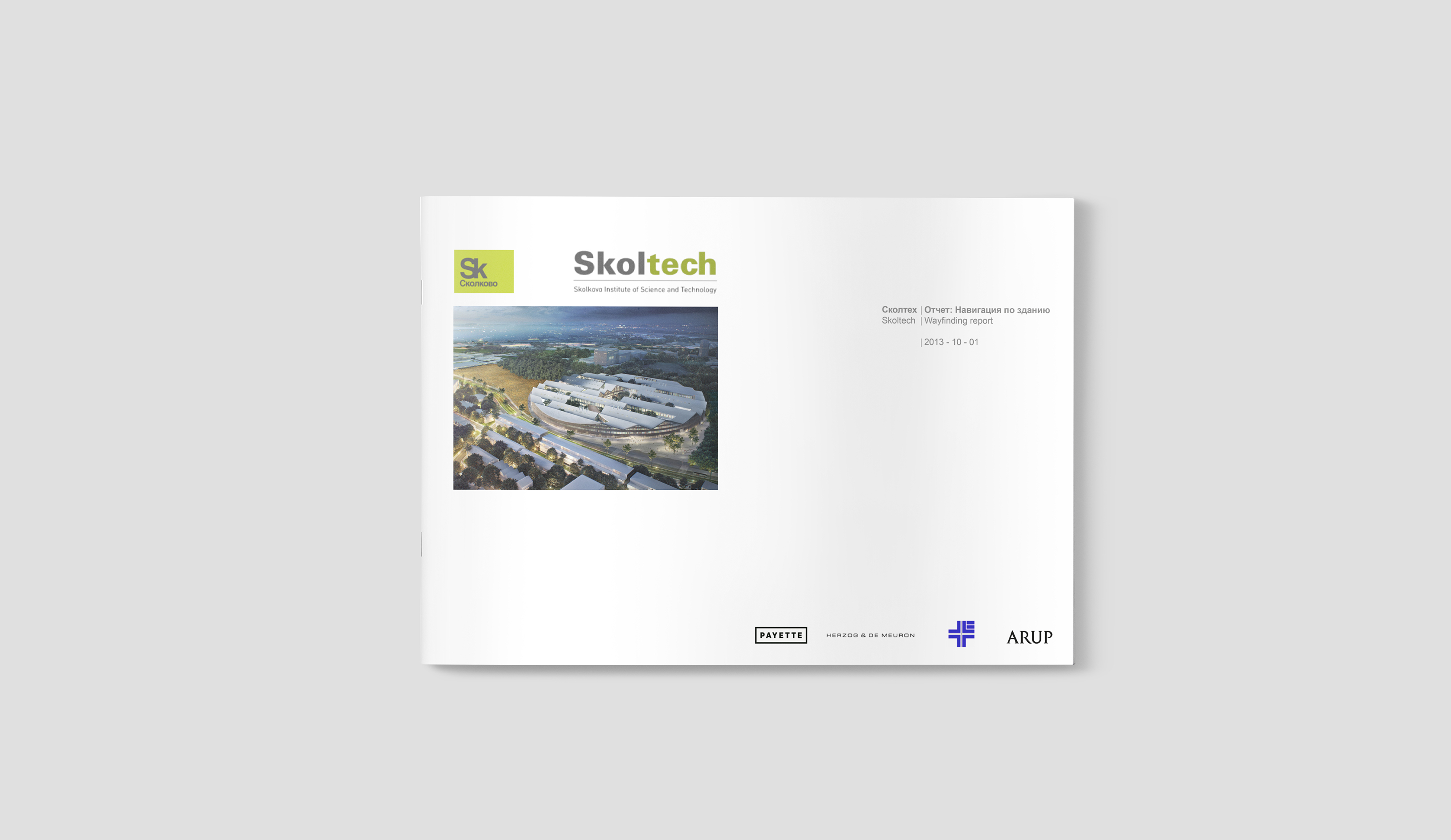 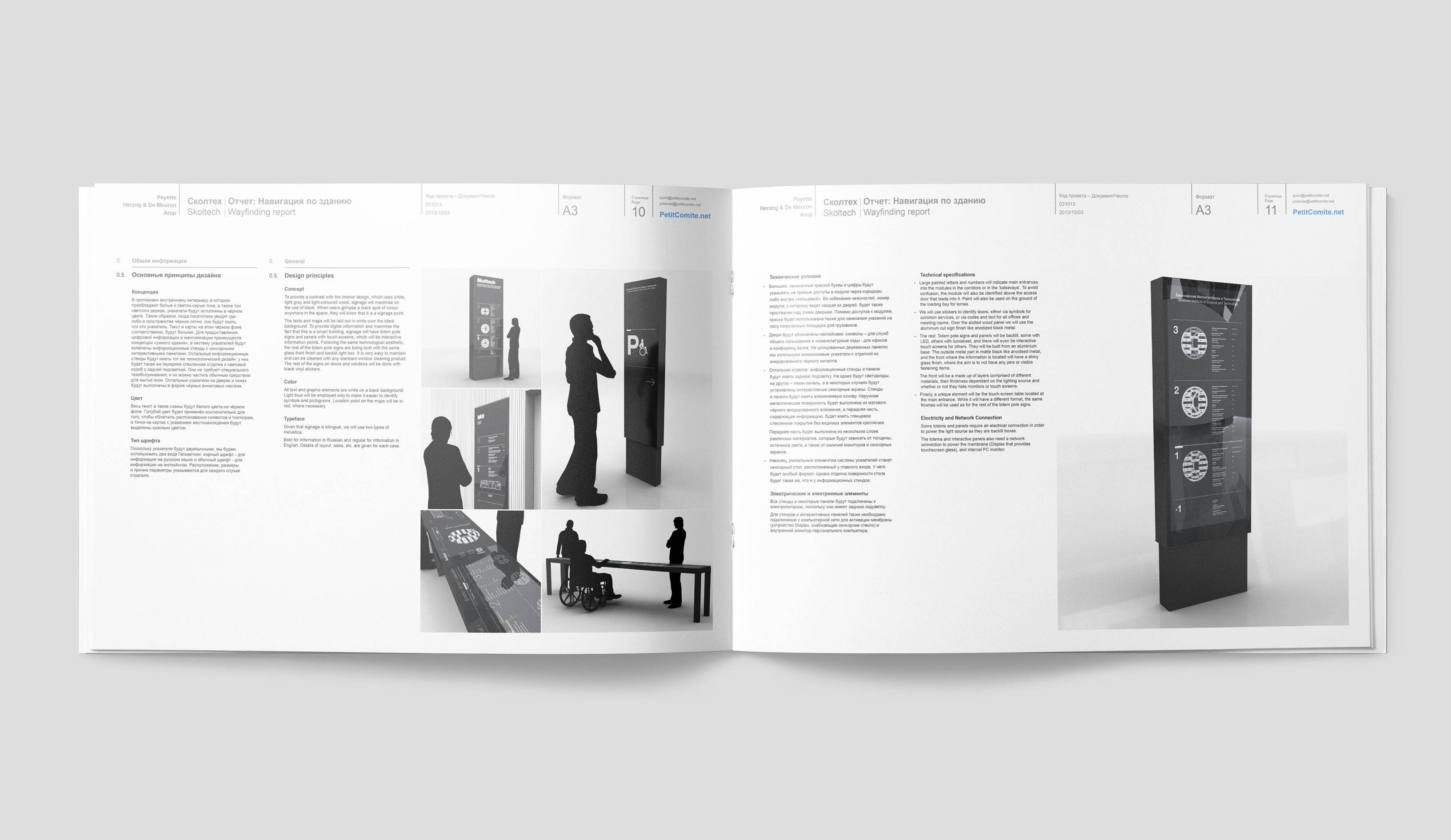 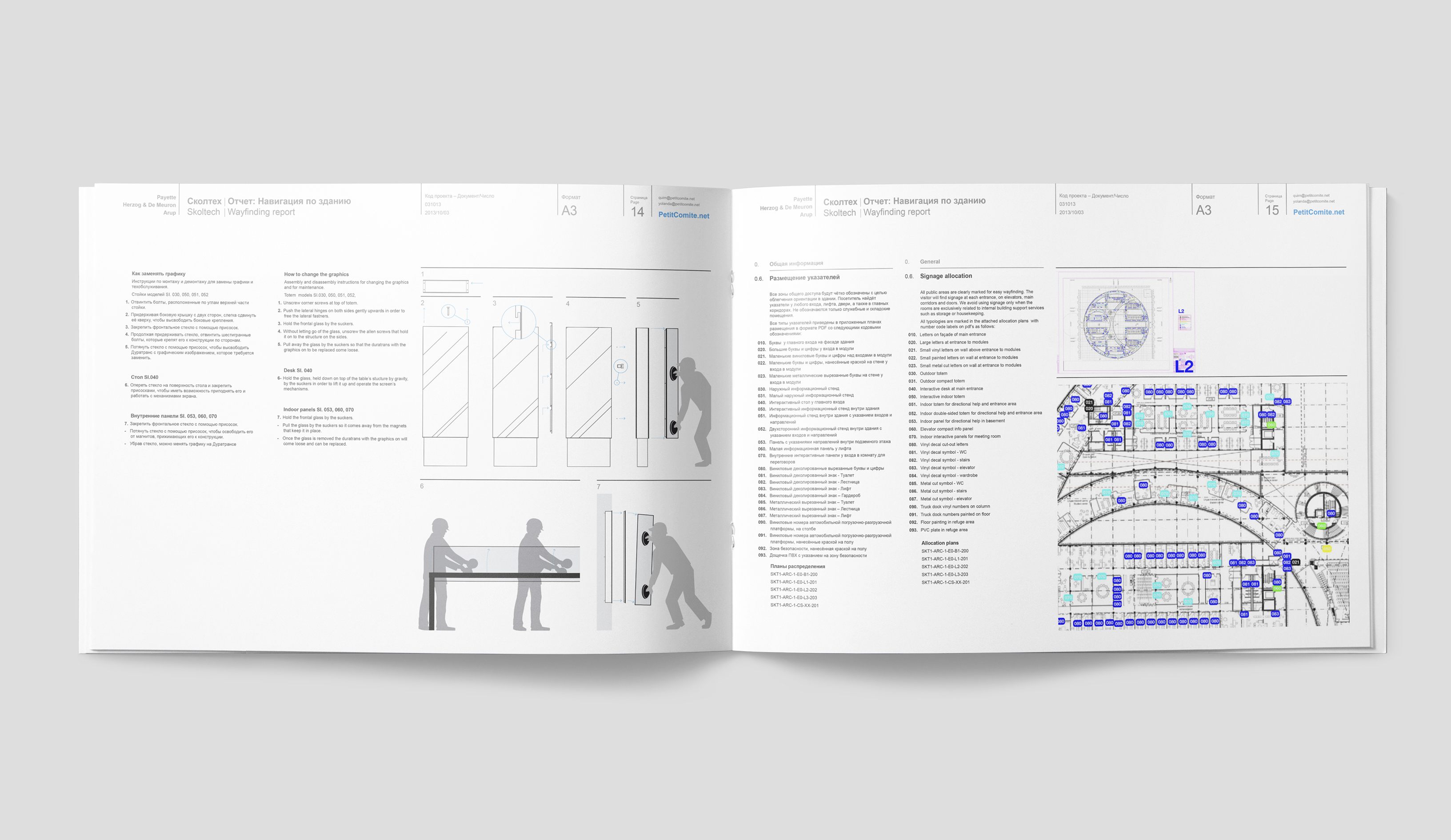 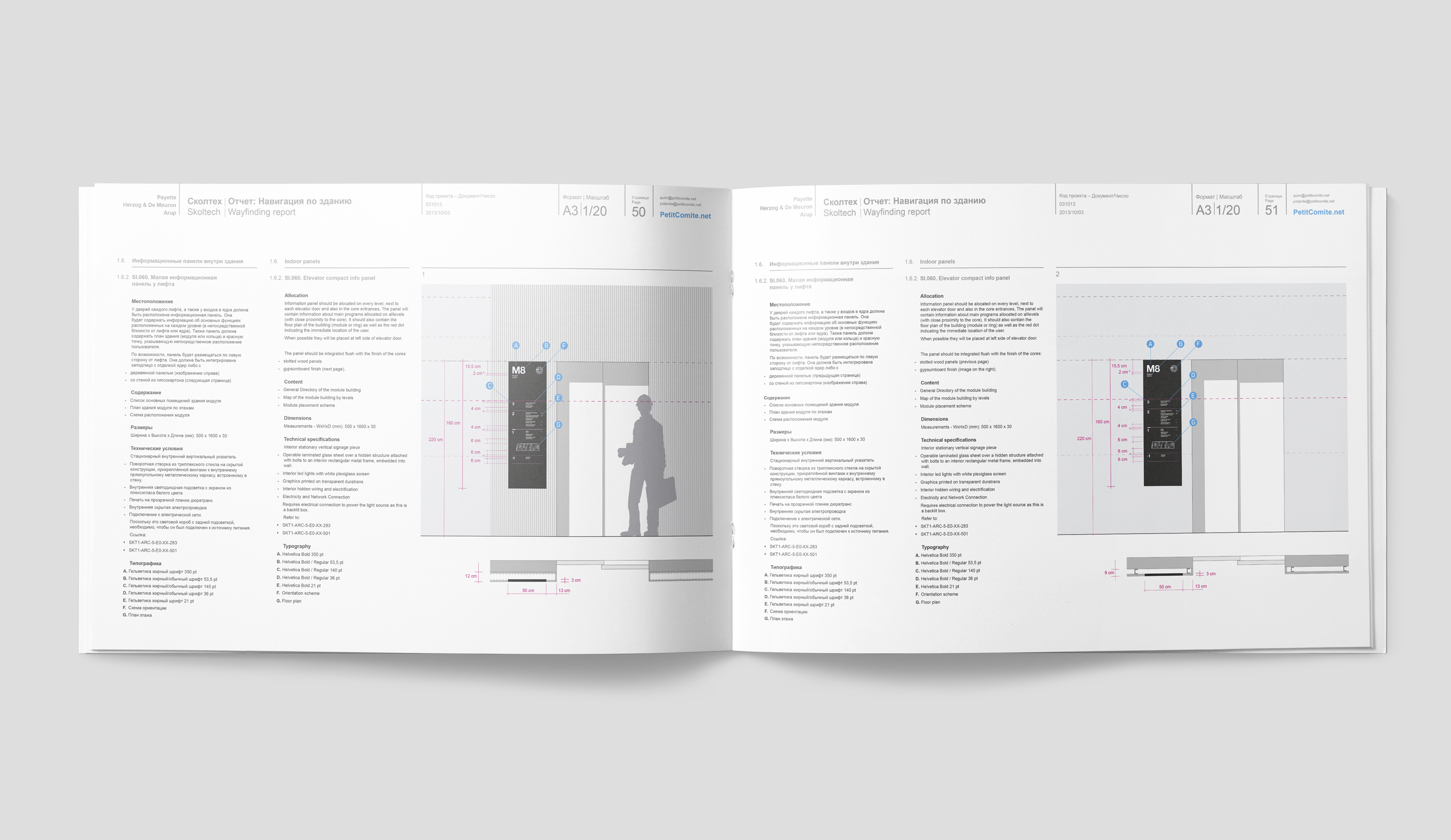 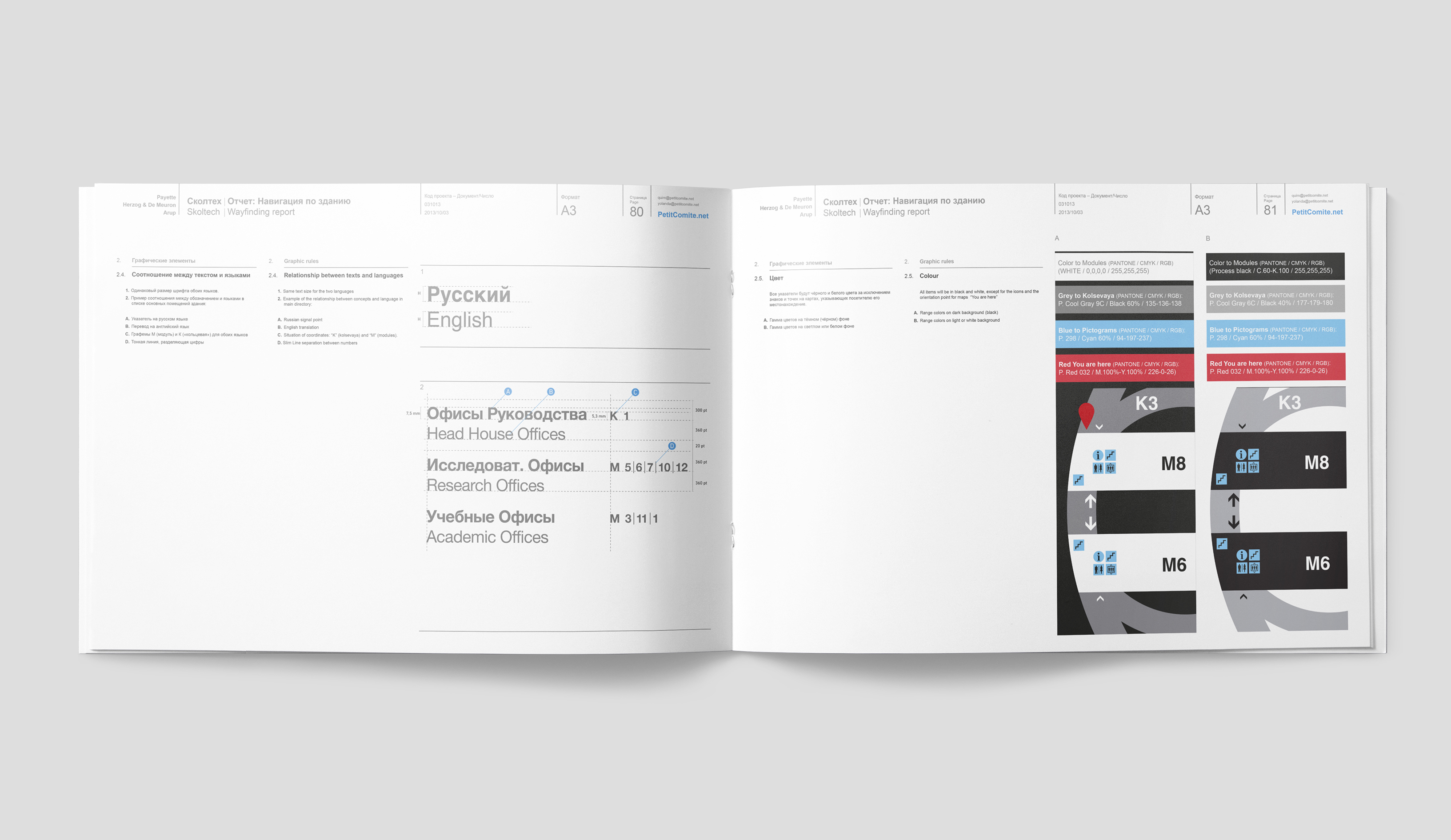 Below: images of some of the “workshops” carried out in Basel and Barcelona 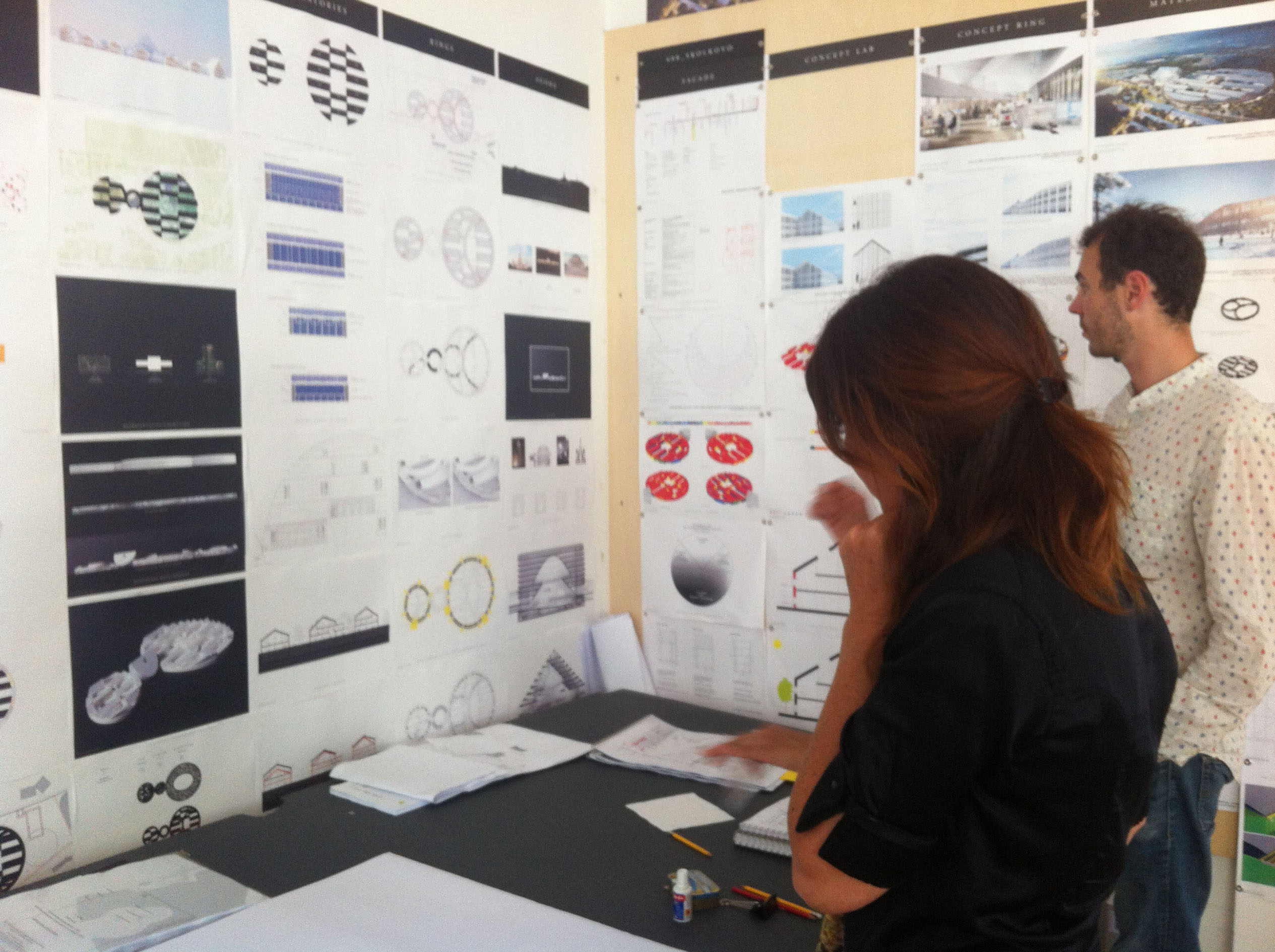 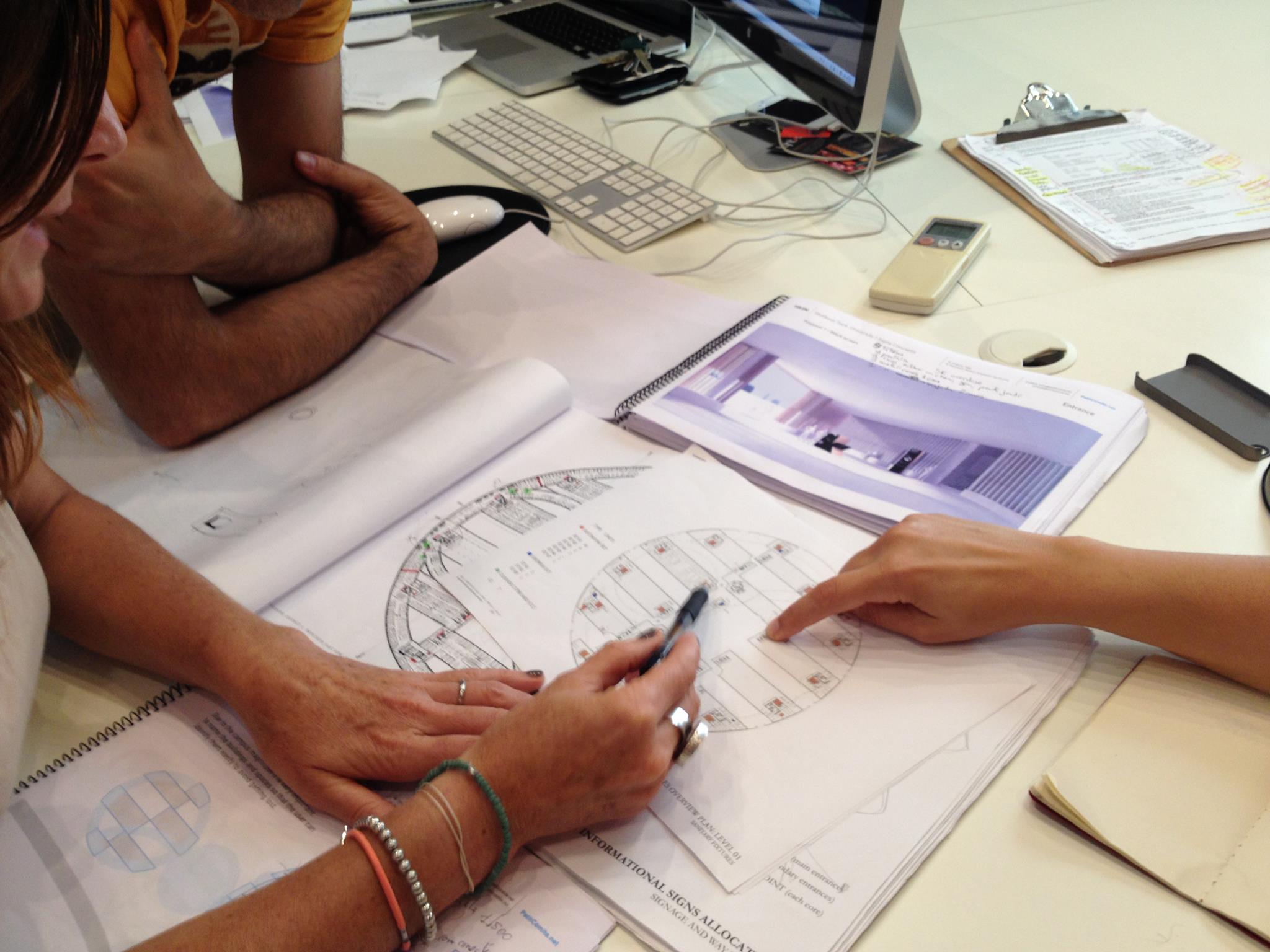